This is the grave of EDWARD W. HAWKINS, the first legally hanged man in Estill County, Kentucky, my old home place; that's me kneeling beside the grave after having fulfilled my promise to him. You can easily find Edward W. Hawkins on the internet:  "ED HAWKINS OUTLAW; THE CONFESSION OF ED HAWKINS." Ed was reputed to be the most handsome man that ever lived. But no person ever actually described him. That put me to thinking, who is the most handsome man that ever lived? I must have pondered on it for over a year. Then one night as I lay awake it hit me:  ELVIS PRESLEY!!!  I spent almost 30 years researching and recreating Ed's dark and colorful life in my novel, NEFARIOUS; I feel he and I are kindred souls.Over thirty years ago when I found his unmarked grave (an old dying persimmon tree) I promised him that I would write his story. Every writer owns one special story that was meant for him and Ed's story was mine. I'm confident he would love my novel filled with illustrations done by my friends. Ed evolves to be my main character; a man filled with curiosity and dark humor. Of note, I thought it was peculiarly haunting when I noted the tree that's now grown up beside his grave---look at that naturally formed evil looking face right smack in the middle of that tree!
Blessings. 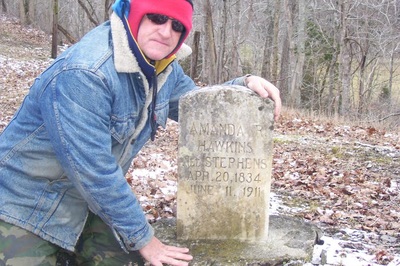 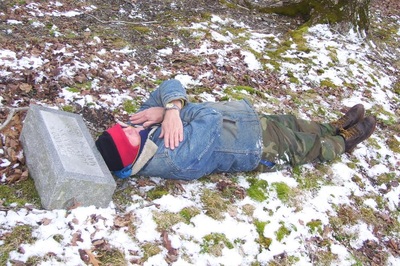 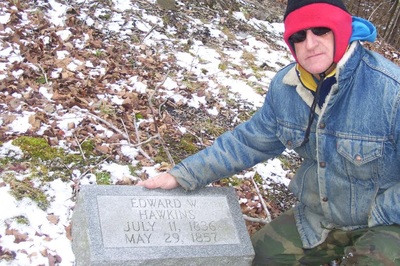 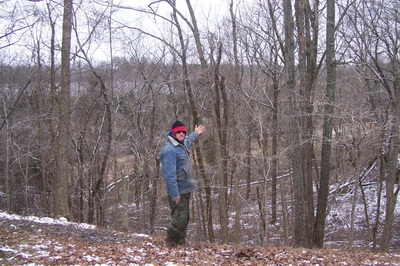 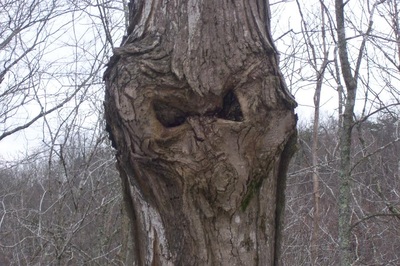 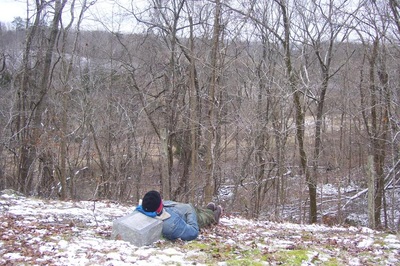 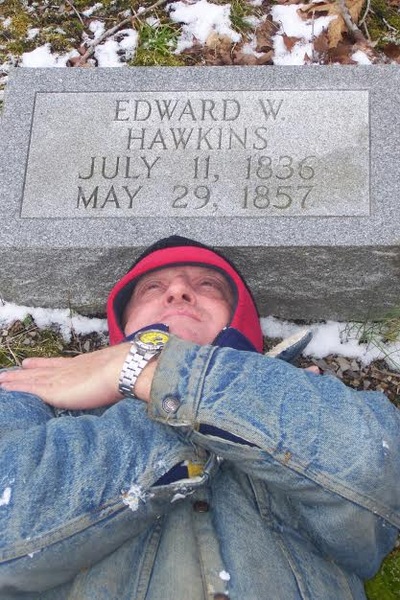 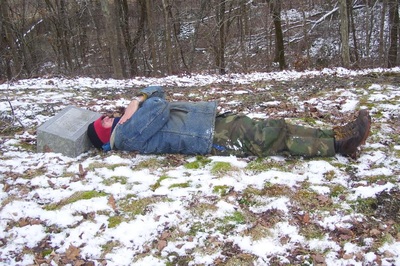 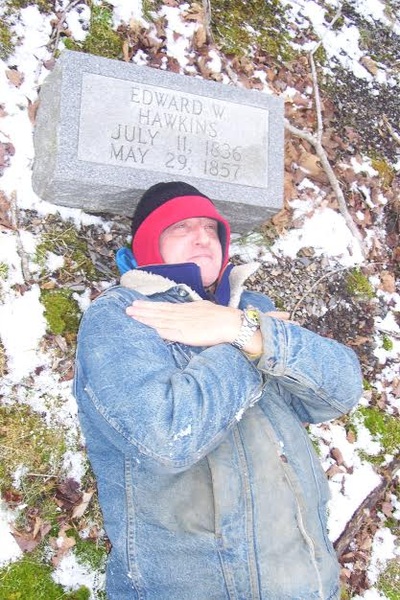 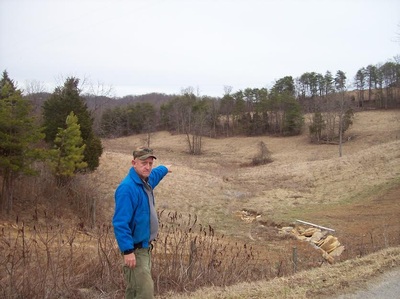 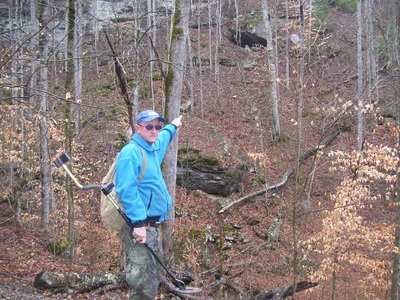 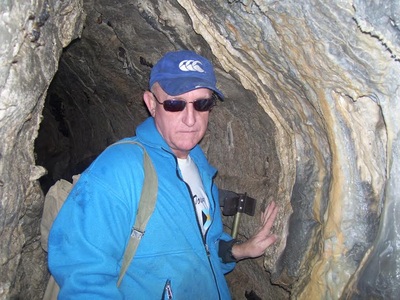 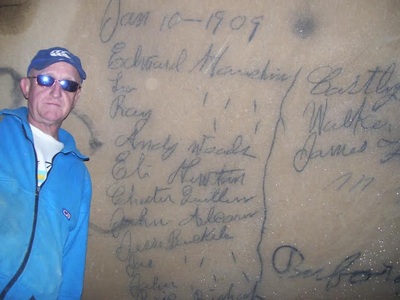 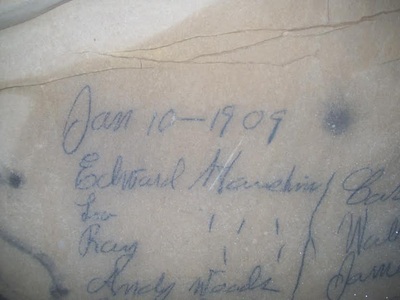 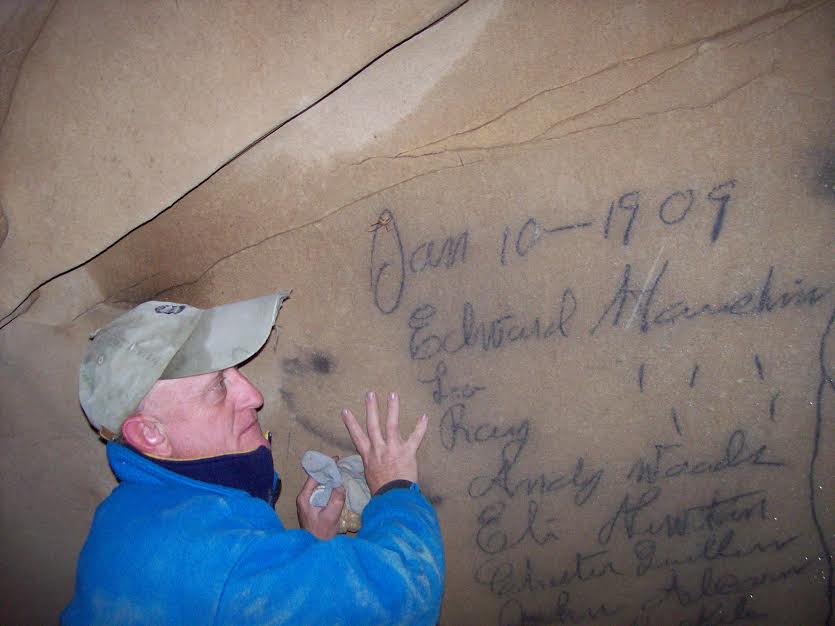 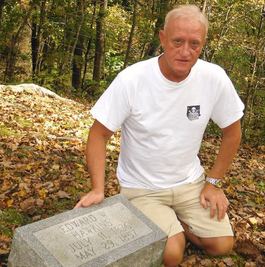 No Sweat,
Thank you for the fantastic cave pictures.  Why is the date 1909? Ed was long gone by then. Sorry if I seem ignorant on this. Is that his actual handwriting or a visitor? Who are the other people listed on the wall? Very interesting indeed. Thank you for sharing. I believe the reason my Aunt wouldn't speak highly of Ed is because she was an extremely religious woman. I always felt that she was afraid she would be judged wrongly for saying he was her Uncle. (Great Uncle actually, but she always referred to him as Uncle Ned). I was just in Estill County back in October; I have a picture of Ed's headstone, if it is actually his. I tried to find the place in town where he was supposed to have been hanged but didn't find it. Even though I have always been more connected to my Mother's side of the family and spent a lot of time in Menifee County where she was raised, something draws me to Estill. I don't know what but I feel very at peace when I am there. My Dad was raised in Nada and he never wanted to go back after he left. My Aunt lived in Clay City and I would visit her whenever I had the chance. She had lots of old pictures. We had made plans for her to show them to me but unfortunately she passed away and now no one seems to know where those old photos are. I shall not bother you with any more winded conversation. I have an early day tomorrow and hopefully, the new snow storm we are expecting overnight will find someplace else to go..
Marilyn

Greetings:
First, let me make it clear that reading what you have to say does not make me mad nor does it open my eyes. It just places another theory in my mind for consideration. I must state that I do not believe everything I hear. My Aunt, such a lovely person who left this world in 1985, never said a mean word against anyone. Except  Ed. She would never go into great detail, as she was ashamed to be so closely related to him. I do believe he killed the Sheriff and Deputy however, I find it hard to believe that one man can be in so many different places and how one man can be so charming that he could pass himself off as a Doctor, Lawyer, etc...and win the heart of many young ladies. That much I feel is fabricated. The fact that he could elude the law so many times doesn't bode well. I am not that interested in his misbehaving's  as I am finding his siblings. I am more interested in what he looked like and what happened to the family along the way. There are so many Hawkins families in Ky and the fact that they have to name their kids the same names makes it hard to find out who is who. It would be interesting, in deed, to see what you have and the sketching's you possess. Should you compile these into a book, I would be most interested to read it. I read where his Mother was blind, however that was never mentioned in family discussions. She may well have been but I don't know. Did she really have 17 kids? I don't know that either. If she did, they are certainly hard to locate. I would be interested to hear what you have to say.
Regards,
Marilyn

Here are three photos that I took of the actual cave located at Old Landing Kentucky where Edward Hawkins hid soon after murdering the sheriff and deputy of Estill County. I took these photos on the exact day in the spring that Ed states he hid there. I did this to give you a feeling of what the cave actually appeared like when he entered into it.  While a posse came and entered into the cave searching for him but did not find him. In my novel, NEFARIOUS, I fictionalized this cave and have Ed Hawkins meeting and living with Kit Carson inside of throughout a horrible winter. 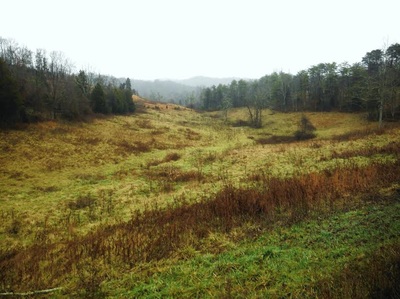 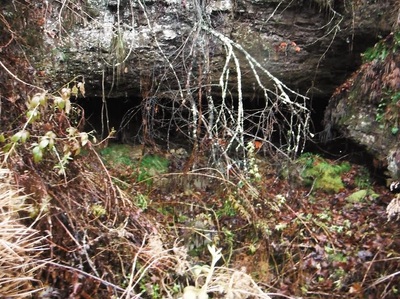 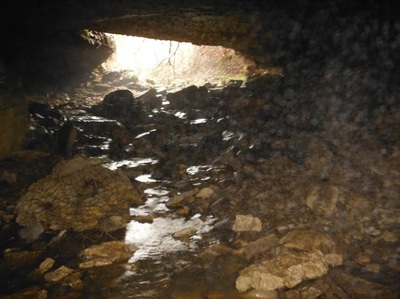